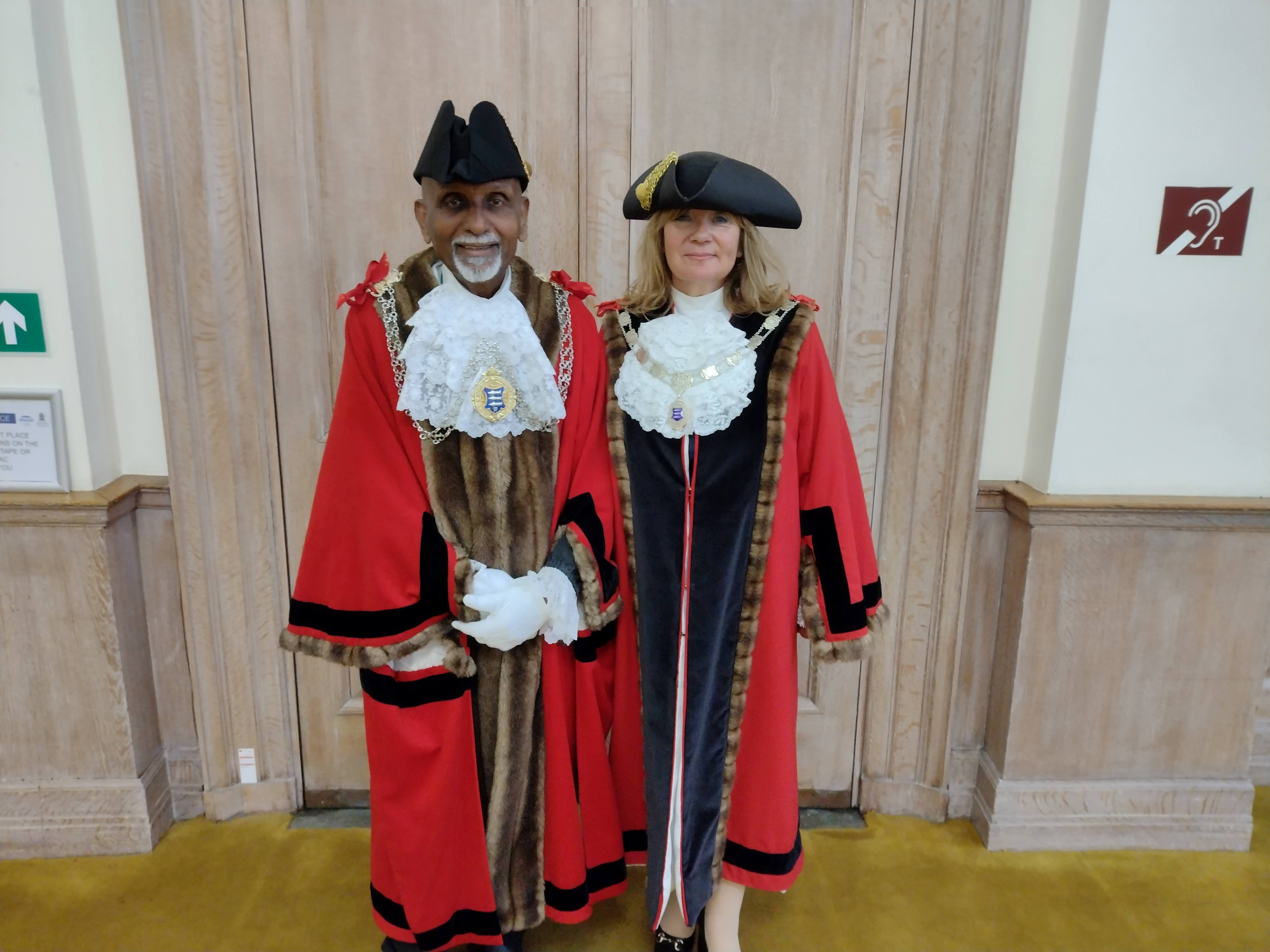 Councillor Yogan Yoganathan has been appointed 187th mayor of the Royal Borough of Kingston upon Thames at Annual Council (24 May), the first meeting of the newly elected administration.

Councillor Yoganathan has lived in the borough for 52 years and previously served as mayor from 2005-2006. As a councillor he has served as chair and co-chair of the Surbiton Neighbourhood Committee. He was made a Member of the British Empire (MBE) in the Queen’s 2009 New Year’s Honours for his work in community relations and services to local government.

Alongside him, Councillor Nicola Nardelli was appointed Deputy Mayor.

As is customary, the Mayor has chosen two local organisations to champion as his special causes during his time in office - The Community Brain CIC and Creative Youth.

Community Brain works with communities in Kingston to develop togetherness, using the widest range of the arts, education and local history. Creative Youth aims to enable young people across the borough to realise their potential through innovative, ambitious and original projects in the Arts.

Annual Council also approved the appointment of the administration's new portfolio holders, who are as follows:

Your councillors and committees

View all of the elected councillors, including Opposition Spokespersons, on our website.

To find out more about Kingston's committees and their members, visit our committee webpage.