On Sunday 29th January 2023 from 08:00 am to 16:00 pm, our Council Tax online services will not be available. Apologises for the inconvenience. 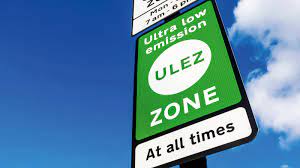 Leader of Kingston Council Andreas Kirsch has written to the Mayor of London to urge him to delay the rollout of the Ultra Low Emissions Scheme (ULEZ) to outer London boroughs.

While emphasising the council's commitment to reducing air pollution and encouraging sustainable transport, he said the expansion plans could leave some of the borough’s residents and businesses struggling to cope in the midst of a cost-of-living crisis.

"Given the urgency of tackling the threat of air pollution, Kingston Council supports the proposals for expansion of the ULEZ to cover Greater London in principle. Our administration is committed to improve air quality and to encourage sustainable and active travel. In the last couple of years, we have successfully introduced many school streets and we are expanding these further. We have committed to renewing our fleet of bin lorries with electrical lorries, making us the first borough in London with a 100% EV bin fleet. We also have expanded our network of electrical charging points and are continuing the expansion. We have so far been engaging positively with Transport for London, actively seeking a dialogue, but I would urge you to allow more time for the implementation of the ULEZ in the outer London boroughs to allow for mitigation measures to be put into place.

Councillor Kirsch highlighted the lack of frequent and accessible public transport in many areas of the borough, including Chessington and Malden Rushett, New and Old Malden, Tolworth and North Kingston and Coombe. He said this meant residents had to rely on their cars, and invited the Mayor to come to Kingston to travel round the borough on public transport to see the issues first hand.

He also highlighted the potential impact on businesses, self-employed residents and micro-businesses who rely on their car or van for their livelihoods. Particularly in a cost-of-living crisis, when people are already finding it difficult to make ends meet, everything should be done to prevent them from having to worry even more about their livelihood, he wrote.

He said the proposed scrappage scheme did not go far enough to help the different economies of an outer London borough, and called for it to be expanded, alongside a commitment to invest in the borough’s public transport and active travel network.